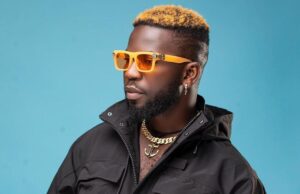 The comment follows his comparison to the likes of Akwaboah, Kumi Guitar, Kuami Eugene, among others by social media commentators.

But according to the multiple award-winning musician, he finds such comparisons unnecessary and adding that he had done a lot for the music industry and continues to thrive by producing back to back hits.

“I’m the king of highlife music/the best ever and I saved it. You can argue. I always say I’ll use my energy to support and encourage others to do more. It’s a total waste of time if you think trolls and comparisons will break me,” he said in a tweet.

Bisa Kdei added that he would be happy to see every highlife musician thrive in their respective endeavours rather than some Ghanaians wasting time on comparison.